Peripheral arterial disease (PAD) is a disease of aging which is characterized by narrowing of the blood vessels of the legs. It affects both the arteries of the lower limbs and the blood supply to the legs. PAD is a condition in which the blood supply to the lower leg is affected due to narrowing of the arteries. PAD affects up to 50% of people over the age of 60, with the risk of getting the condition increasing with age. It is more common in people who have diabetes mellitus and in obese individuals. PAD is often ignored and not taken seriously because it can be difficult for medical practitioners to diagnose. However, it is a leading cause of leg ischemia, which is when the supply of blood to the lower limbs is damaged.

PAD is less common than other arterial diseases such as atherosclerosis, but it can be just as serious.

Peripheral Arterial Disease (PAD) is a medical condition in which the arteries of the legs (peripheral arteries) become blocked with fatty deposits. This causes reduced blood flow to the legs, which can result in pain, stiffness and swelling of the legs.

Peripheral arterial disease affects people of any age, although it is most common in older people. Peripheral arterial disease is more common in women than men. It is not known exactly what causes PAD, but it is thought to be due to a combination of factors, including genetics, aging, risk factors for cardiovascular disease, and adverse events during and after treatment for other diseases.

Can Peripheral Arterial Disease be prevented?

Peripheral arterial disease (PAD) is a common cardiovascular disease that affects one in every five people over the age of 65. PAD occurs as a result of reduced blood flow to the legs due to atherosclerosis. The result is a lack of oxygen and nutrients, which leads to tissue damage and eventually gangrene of the affected limbs. As the disease progresses, it can lead to the build-up of fatty deposits called plaque, which can further restrict blood flow. The good news is that PAD can be prevented and the better news is that there are several lifestyle changes that can help you lower your risk. Here is everything you need to know about PAD and how to prevent it.

Signs and symptoms of c

In general, the primary symptom of PAD is pain in the lower leg that mainly affects the outer ankle, the outer calf, and the back of the heel. However, some people might not have any pain at all. In addition, there might be some other symptoms such as swelling, tenderness, discolouration, redness, ulceration, and discolouration in the skin of the lower legs, ankle and foot.

Peripheral arterial disease (PAD) is a condition where the blood supply to an appendage is compromised. Clinically, it is referred to as ‘claudication’. PAD can affect different parts of the limbs. It is the most common cause of limb ischemia or lack of blood supply in the limbs. It can also lead to gangrene. If it is left untreated, it will eventually cause amputation. The diagnosis of PAD is based on the symptoms that a patient has. The presence of pain in the affected limb, the gait analysis, the angiography and the Doppler ultrasound tests are some of the common methods used to diagnose PAD. The extent of the PAD and its complications are also used to diagnose the disease.

PAD can occur due to a combination of risk factors, such as a genetic predisposition and age. Peripheral arteries are arteries that are not near the heart or major blood vessels. They branch from the main arteries and supply the capillary and muscular tissues of the limbs. If PAD is not treated and is left untreated, the person’s limbs will become gangrenous. It can cause ulcers in the leg arteries and ulceration of the arteries in the arms. It can also result in the formation of clots in the arteries.

PAD can be treated in many different ways and the best approach is determined by the patient’s symptoms, risk factors, and the severity of the disease. PAD can be treated with medications, physical therapy, surgery, or a combination of these.

PAD can cause heart attacks, strokes, and even death. If you’ve been told you have PAD, you should work with your doctor to find a treatment plan that includes lifestyle changes and medications. The sooner PAD is caught and treated, the better. 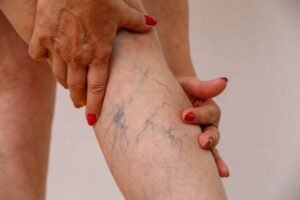 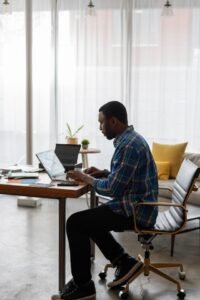 Which is the Best Sitting Positions for Varicose Veins?